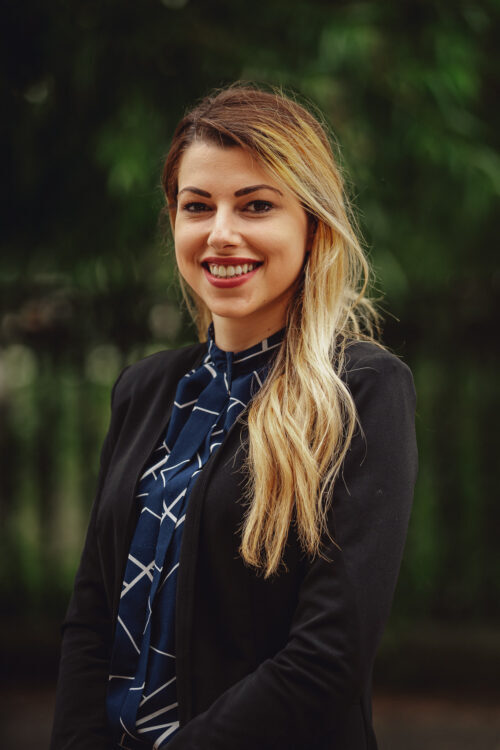 Nadia is originally from Sicily and grew up in the south of Germany. Nadia moved to Scotland in 2010. She worked as an au pair in Aberdeen and attended night classes in spoken English. Nadia is fluent in three languages: English, German and Italian.

In 2012 Nadia moved to Glasgow and obtained her HND in Business.

Whilst at University, Nadia co-founded a student society at the University of Stirling and held a Committee position two years running. Nadia attended summer law school in Bosnia and Herzegovina and then in Cyprus. She also appeared as ESLA (European Law Student Association) UK Delegate for the OECD (Organisation for Economic Co-operation and Development) in Paris.