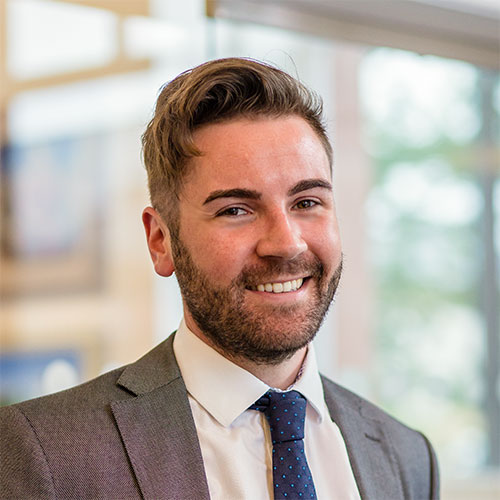 Kevin then undertook a traineeship specialising in Civil Litigation, with a focus on Personal Injury and Incapacity Law. Following admission as a Solicitor, he continued in the field of Civil Litigation. He became a Notary Public in 2013.

Kevin joined Frank Irvine Solicitors in 2014 to continue his interest in Personal Injury work and to specialise in Mental Health and Incapacity Law. Kevin has valuable experience in a wide range of Personal Injury cases, in both the Sheriff Courts and Court of Session.

As a direct result of the commitment and hard work shown, he was promoted to Senior Solicitor in 2015. Kevin is also on the Mental Health Tribunal for Scotland’s list of Curators ad Litem. He is routinely appointed to safeguard the interests of those who do not have capacity to instruct their own legal representative. Further, Kevin regularly takes on cases involving Child and Family Law.